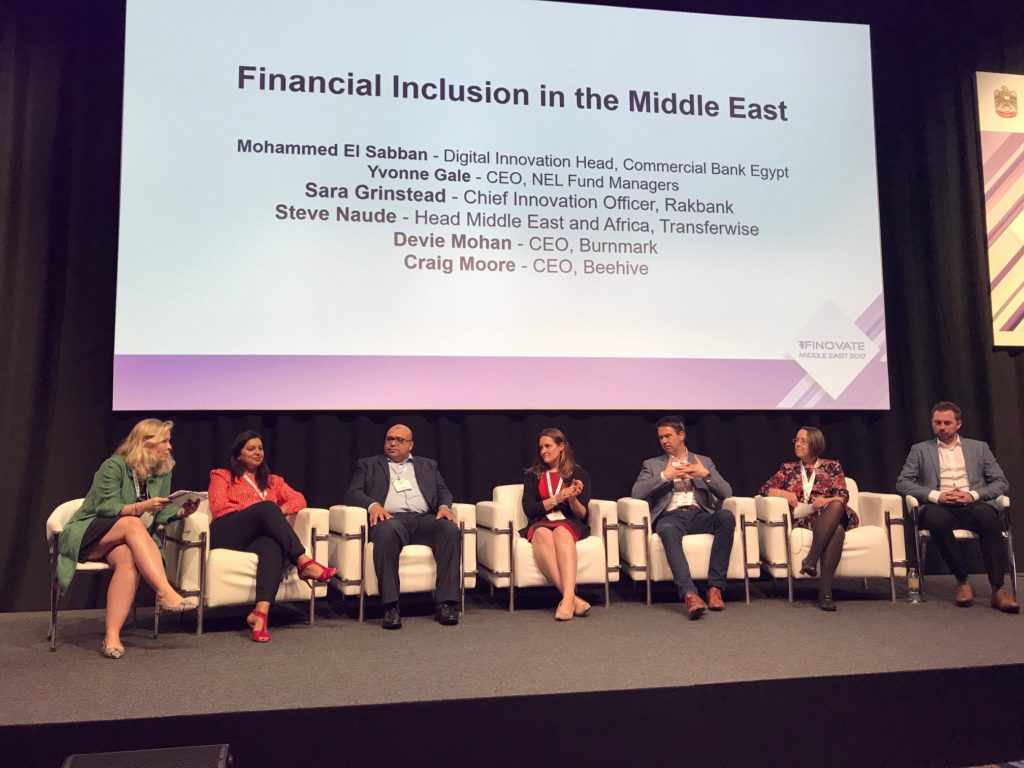 A North East investment expert has been speaking at a global investment finance conference in Dubai on the best ways to encourage small businesses to succeed and grow.

Dr Yvonne Gale, chief executive at NEL Fund Managers, was invited to present her ideas on financial inclusion at the 2018 Finovate Middle East conference, which attracted over 400 senior delegates from right around the world, and to take part in a wider panel discussion on driving growth in the SME community.

Yvonne was appointed last year to a panel of worldwide advisors who are now working with the United Arab Emirates’ government on the investment of the AED 2bn Mohammed bin Rashid Innovation Fund, a UAE Ministry of Finance-backed initiative designed to support local innovators in accessing affordable finance.

Alongside her speaking engagement, she also took part in two days of strategy meetings, working alongside the UAE Minister of Finance, His Excellency Obaid Humaid Al Tayer, the Emirates Development Bank management team and fellow members of the Innovation Fund’s Advisory & Decision Committee on the next stages of its development.

The Fund was set up as part of part of the UAE’s continuing drive to diversify its economy through building its own base of small and medium-sized businesses and to thus reduce its reliance on imports from overseas.

Yvonne, is one of just two UK-based advisors to the Fund, says: “The UAE government set up the Innovation Fund with the express purpose of strengthening its SME sector, which forms a much lower percentage of its economy than it does in the UK and elsewhere.

“Sharing insights that we’ve gained from almost three decades of investing in growing North East businesses created a lot of debate in the conference hall, and will hopefully help achieve the government’s aim of encouraging a real step-chain in the way that the SME sector operates.

“SMEs both at home and overseas face a lot of common challenges, and attracting the investment capital they need to put their development plans into action is often one of the most difficult for them to solve.

“Working alongside a team of highly-talented and experienced finance professionals from around the world is helping me develop new insights into effective ways of operating, and will benefit the ambitious North East businesses in which we’ve both previously invested and are identifying as possible future investment targets.”

Originally founded in 1989, NEL Fund Managers is North East England’s most active business investor and most recently made 146 investments worth a total of £30m from the Finance For Business North East Growth Fund over a seven year period.