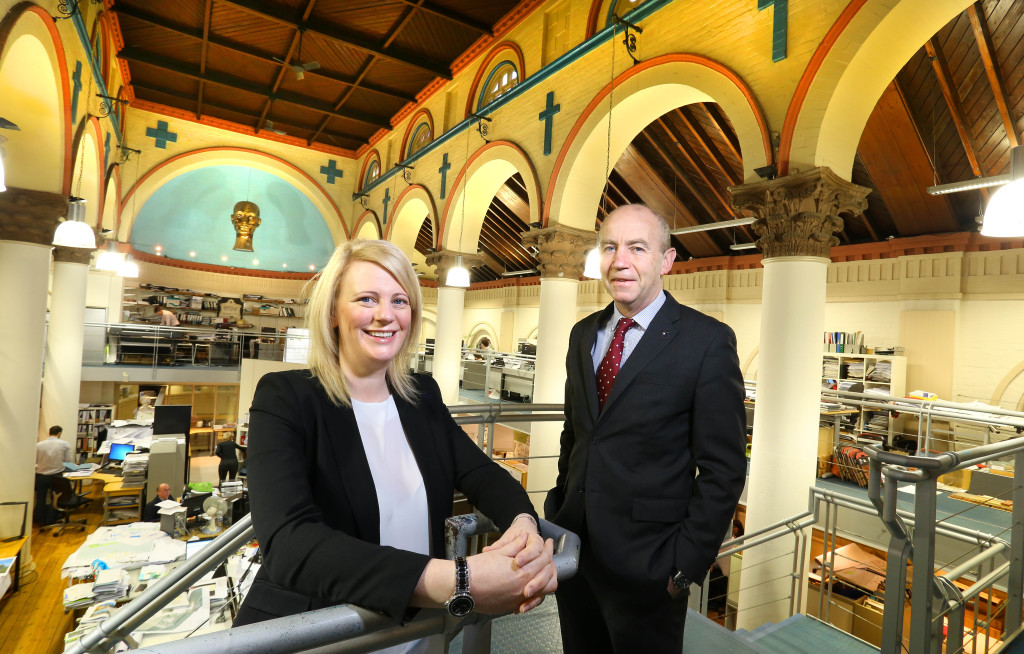 Uploaded by Suzanne Smith in Success Stories on February 23, 2016

A long-standing North East architecture practice has praised the impact of outside capital on the speed and breadth of its development after completing the investment period.

In 2012, The ID Partnership-northern worked with regional fund management firm NEL Fund Managers to bring in a £150,000 investment from the Finance For Business North East Growth Fund, which it required to support a planned programme of business development work both within and outside the region.

Since then, the Newcastle-headquartered firm has widened its range of in-house expertise to cover all aspects of development, including architects, interior designers, urban designers, technologists, planners and project managers, to enable it to take on more aspects of the work it wins.

IDP now has a 30-strong team on which to call, and it is looking to create another ten posts in the North East in the medium term.

It has reopened its London office, and extended its work around the UK, with the M62 corridor, the Midlands, the Oxford and Cambridge areas being key areas of growth.

It also has 15 projects ongoing in various locations along the South coast of England, running from as far west as Portland in Devon along to Chichester in West Sussex, and draws as much as a third of its work from outside the North East.

Closer to home, IDP’s work on The Rise project in Scotswood in Newcastle beat competition from around the UK to win the Excellence in Planning to Deliver Housing category of the Royal Town Planning Institute’s 2015  Awards For Planning Excellence.

And it has also recruited a number of young architects who are completing their Part Two and Three training with the practice while also receiving instruction in the specific ‘best practice’ ways that the IDP team looks to implement.

Established as Ian Darby Partnership in Newcastle in 1989, the practice has been responsible for many landmark projects across the North East, including the Sage Group plc headquarters in Newcastle Great Park, Northumbria University’s Squires Building and the Tyne Staiths regeneration scheme in Gateshead.

The 2012 investment was the second time that the company had worked with NEL, with a previous £100,000 investment being brought in in 2009.

Mark Massey, managing partner at ID Partnership’s Newcastle practice, says:”The years immediately after the credit crunch brought significant challenges for anyone within the construction industry, but despite this, we knew we had real opportunities to grow in an improving market if we could source the capital required to support our plans.

“Going back to NEL for a Growth Fund investment gave us the capacity to reinvest in the business, to retrain and broaden the team, and to seek out the right kind of opportunities around the UK, and we’re really reaping the benefits of it now.

“The calibre of projects that we’re delivering, such as a 1,000 unit urban extension, delivering a Care Village within a Garden Village setting to Daventry in the East Midlands, is grabbing the attention of other major developers who’re inviting us to talk about other high profile schemes, and we’ve got some very exciting opportunities in the pipeline.

“Broadening the range of expertise that we have in-house provides real cost efficiencies, and the work we’re doing around the UK is also enabling us to bring ‘best practice’ knowledge and experience back to the region, which can only benefit both our practitioners and our clients.  This specialist expertise has enabled us to form “IDP Care” as a subsidiary and to initiate the development of several Elderly Care Villages in the North and Midlands.

“IDP is now well set to stay on this upward curve, and to keep creating new roles in the North East as a result, and the platform that the Growth Fund investment provided has been central to putting us in this position.”

Lindsey Grieves, portfolio executive at NEL Fund Managers, adds: “The IDP team presented us with a clear vision of how they wanted to develop the business, and to see how these plans have been so well realised must be immensely satisfying for them.

“Using investment capital to support strategic development plans can make a huge difference to any company’s capacity to grow, and we’ll be watching IDP’s future progress with great interest.”

Managed by North East Finance, it will see £125m of investment capital injected into the region by the European Investment Bank and the European Regional Development Fund 2007-13 over a five year period.

NEL is looking to make around 130 investments over the five-year life span of the Growth Fund, and is actively looking to speak to ambitious north east companies with robust business plans.

The ERDF 2007-13 programme is bringing over £300m into North East England to support innovation, enterprise and business support.  It will help create and safeguard 28,000 new jobs, start 3,000 new businesses and increase the region’s productivity by £1.1bn per annum.