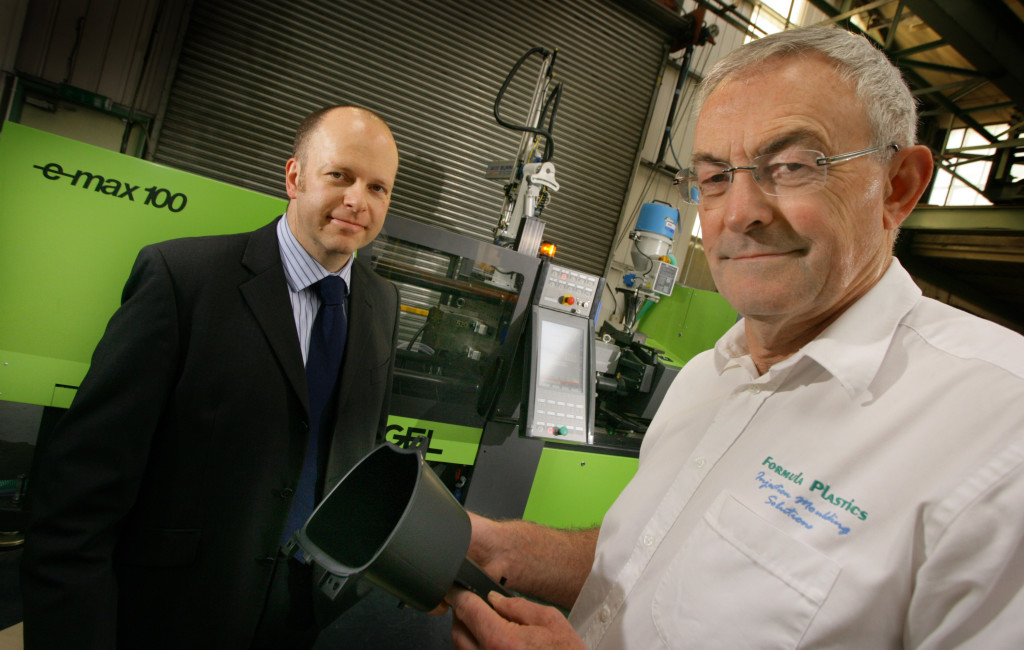 A County Durham injection moulding firm is aiming for further expansion after more than doubling its turnover through the five-year term of a Finance for Business North East Growth Fund investment.

Formula Plastics manufactures a range of components which are used in vehicles made by some of the best-known names in the automotive industry, including Nissan, Honda and Jaguar Land Rover.

Having recovered from the considerable immediate impact that the economic downturn had on the whole automotive industry, the Newton Aycliffe-based firm worked with NEL Fund Managers in 2010 to secure a £100,000 investment from the Growth Fund which it used to invest in new equipment, diversify into new markets and boost its sales operations.

Since then, it has increased its annual turnover figure from £1.5m to around £3.5m, and has seen its workforce grow from 33 people up to 55.

Formula Plastics specialises in the moulding of high tolerance precision components, and numbers Calsonic Kansei, Pilkington Automotive and Faurecia amongst its world-leading clients.
Alongside its automotive work, it also supplies tooling and mouldings for other major names companies in a range of sectors, including lighting and electronics.
Formula Plastics has had a long relationship with NEL, which provided start-up funding for the business back in 1996 and subsequently made a number of investments in the following decade.

Chairman John Suggate says: “The global downturn had a big impact on the whole of the automotive sector, but the companies that came through those difficult times have been able to take commercial advantage of positive market conditions ever since, and we’ve grown every year for the last five years.

“The Growth Fund investment provided the capital we needed to bring in new equipment and resources that were required for us to take on a significant new contract, and at a time when development funding of this type was available from very few sources, it proved absolutely essential.

“We’ve continued to invest in new equipment, resources and people as the business has demanded over the last five years, picking up several new contracts along the way, and we see a number of further opportunities in front of us that will help us continue to grow the business.

“We’ve had a long and positive relationship with the NEL team, and their involvement over the years has been a key factor in enabling us to reach and pass many milestones over the years.”

David Thomas, investment executive at NEL Fund Managers, adds: “It’s always pleasing to see the progress that a business has made at the end of an investment term.

“The achievements of the whole Formula Plastics team are well worth celebrating, and we wish them the best of luck with the next stage of their development.”

Managed by North East Finance, it will see £142m of investment capital injected into the region by the European Investment Bank and the European Regional Development Fund 2007-13.

NEL is looking to make around 130 investments from the Growth Fund, and is actively looking to speak to ambitious north east companies with robust business plans.

For more information about NEL’s investment criteria, visit www.nel.co.uk or contact the investment team on 0845 111 1850.

The ERDF 2007-13 programme is bringing over £300m into North East England to support innovation, enterprise and business support.  It will help create and safeguard 28,000 new jobs, start 3,000 new businesses and increase the region’s productivity by £1.1bn per annum.